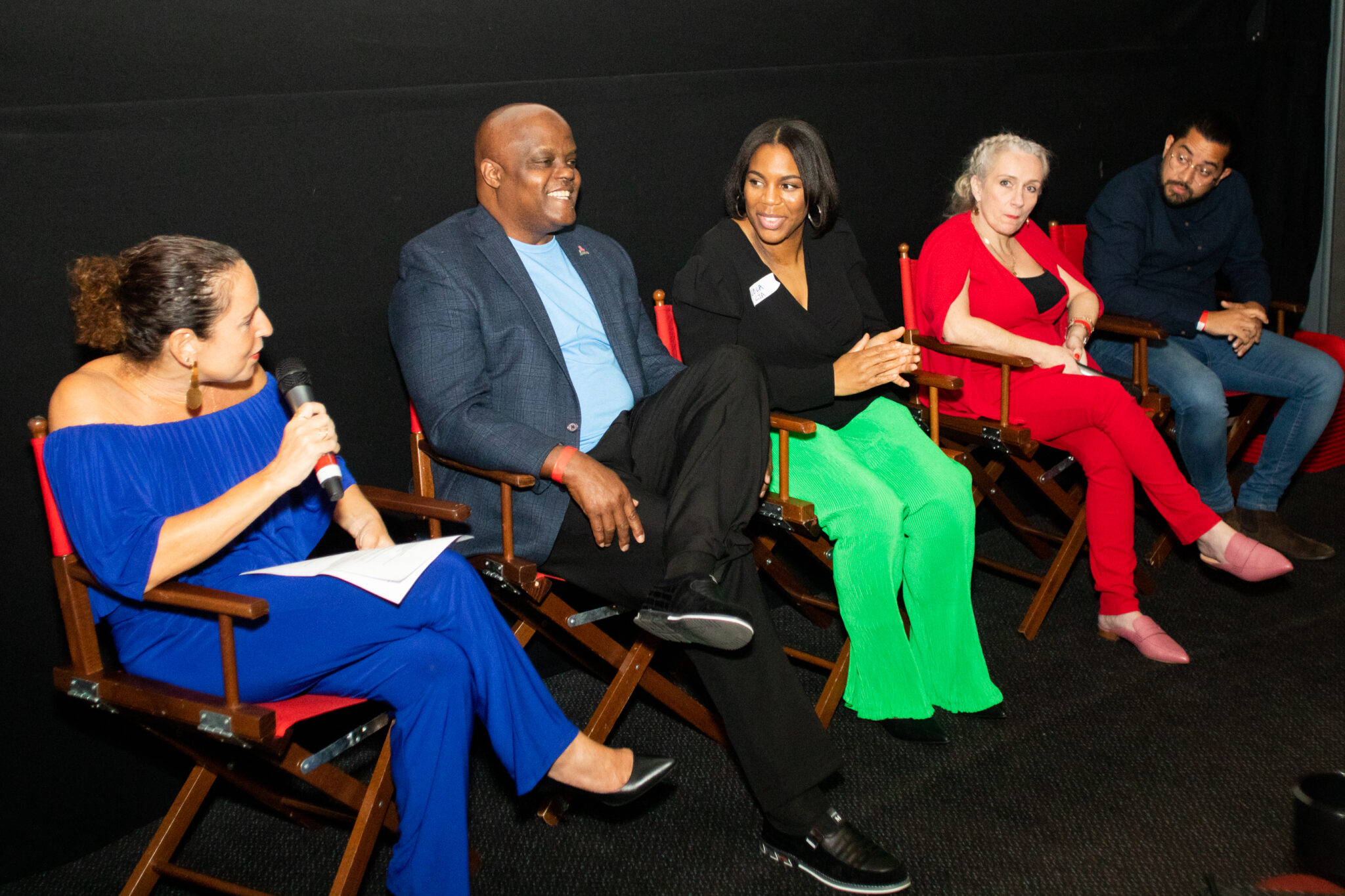 On an April evening in Brixton, south London, as the sunset turned the sky pink, the Ritzy cinema was buzzing with the excitement of people reconnecting in person after two years of Zooms. Amongst the hugs, smiles and conversations, community was being built, knowledge was being shared and connections were being made.

These individuals had gathered to celebrate the launch of a new leadership programme run by, and for, people with lived experience of the criminal justice system – ELEVATE CJS (Elevating Lived Experience Voices, Advocacy, Training and Expertise). The programme was established by the Criminal Justice Alliance, a network of over 180 non-profit organisations working towards a fair and effective criminal justice system. The programme has been co-produced with leaders with lived experience over the course of two years, including in-depth research led by the CJA lived experience expert group and is a key pillar of the CJA’s new strategy. The inspiration for the programme came from Just Leadership USA (JLUSA), where CJA Director, Nina Champion, came across as part of a Winston Churchill Fellowship five years ago, when she was researching international prison university partnerships.

The launch featured the screening of ‘Those closest to the problem’, one of the ten episdes of a new docuseries of short films produced by Dr. Baz Dreisinger, Author and Founder of the Incarceration Nations Network. The film highlighted powerful stories of four leaders of criminal justice reform organisations in Malawi, South Africa, Mexico and the USA, who also have lived experience of imprisonment.

Ronald Bey-Simpson, Vice President of JLUSA, who featured in the film was amongst the guests and contributed to the panel discussion. Ronald explained that in 2015 he took part in the first cohort of the JLUSA Leading with Conviction programme. Seven years later, he is running the organisation. Other alumni have gone on to set up non-profit organisations, are in senior leadership positions of influence, gained PhDs or even gone into political office. He hopes that ELEVATE will have similar success creating opportunities for lived experience leaders in the UK to work in similar positions of power and influence.  Ronald explained that JLUSA was founded on the premise that those closest to the problem are closest to the solution, but are often furthest away from power and resources. Like ELEVATE, JLUSA aim to address this through leadership development, working with employers in the criminal and social justice fields and influencing criminal justice policy.

Other panellists included lived experience leaders from the UK: Caragh Arthur (Lived Experience Lead at HM Prisons and Probation), Gavin McKenna (Founder of Reach Every Generation) and Nola Sterling (ELEVATE Project Manager at the CJA). They described barriers they have faced in their career progression and unfortunately continue to face, including discrimination from potential employers, universities or sector partners leaving them feeling ashamed, traumatised and ‘less than’, despite their professional and educational credentials, and valuable lived expertise. They also described the multiple layers of stigma they experience from intersectional identities including race and mental health. One leader described the impact of this as ‘emotionally exasperating’ and ‘knocking my confidence’ which could have led to a mindset of ‘playing small and giving up.’

The panellists hoped that ELEVATE will give credibility and support to break the glass ceiling that currently exists for those with lived experience who can be stuck or pigeonholed in front line roles such as peer mentoring, often without receiving the training or support to progress to senior leadership roles. As one panellist said, “Employers have people volunteering for years with no prospect of progression. It is not sufficient. We need to call out that behaviour as it’s exploitative. We need to reimagine what people can do, ask them what their aspirations are, build their links and broker opportunities for them.” One panellist pleaded for employers and the sector to be allies to emerging leaders, and to ‘champion not trophy’ people with lived experience.

One leader hoped ELEVATE would support people facing challenges in more senior roles. They described their own experience in a leadership role sitting in a meeting with colleagues running focus group with people in prison and yet didn’t ask the men their names.  Being a leader with lived experience means having the confidence and credibility to challenge these harmful workplace cultures and practices, as well as draw attention to where service design or policy ideas will not work in practice.  The panellists agreed that it can be uncomfortable and tough to call out such behaviour, ask awkward questions and challenge established practices, so a leadership programme and support network would help make this easier.

The panellists agreed that to bring about systemic change in criminal justice, there needs to be greater involvement of people with lived experience at ‘the top’ making decisions, designing and commissioning services and implementing policies. “We need lived experience leaders who can challenge the system credibly…we don’t want to be spoken for, we want to speak for ourselves. You wouldn’t have a discussion about reproductive rights without women, so the same applies in criminal justice” one said. Another reflected that “We have seen enough of a top-down approach. People in power making suggestions that are not grounded in fact.  Having lived experience leaders in positions of power and influence means richer and more dynamic conversations, which results in better decision making overall when our voices are heard at every step.”

The importance of role models was cited as another reason why programmes such as JLUSA and ELEVATE are needed. Gavin, who was part of an expert group of people with lived experience who co-produced the design of ELEVATE, described meeting a JLUSA alumna (Romarilyn Rolston) over Zoom during the pandemic as part of the peer research phase. Romarilyn now leads a programme in the US supporting prison leavers into higher education.  This inspired him to enrol in a sociology degree; ‘That interaction offered me hope. Doing a degree wasn’t on my radar before.’ He now hopes to inspire others to pursue their education too.

Each panellist was asked to describe the key qualities of an effective leader. Their answers fitted into clear themes:

The final tough question of the evening came from lived experience leader CJ Burge, who is a CJA trustee and chaired the lived experience expert group who designed the ELEVATE programme. She asked ‘What do you want your legacy to be?’

The panellists’ answers had common threads: achieving change, caring and being a role model to others. Quoting Ghandi, one panellist encouraged the audience to ‘be the change you want to see in the world…Change hearts and minds.’ Legacy meant to the panellists to be remembered as being there being there for people in their hour of need, someone who had grit, took chances to do things differently and a great advocate for others. The audience were moved by one answer especially: to be remembered as a good father and husband, and for his children and the young people he works with to see him as a role model at home and at work. ‘That question’s deep!’ the panellist concluded.

It was indeed a deep conversation, but one that is vital to continue identifying and addressing the internal and external barriers that can prevent people with lived experience from progressing into positions of power and influence. What was very clear though to everyone at the event, is that as we build the next generation of lived experience leaders, their insight, expertise and influence will help reimagine, redesign and rebuild a fair and effective criminal justice system for a more equitable society.

Stay in touch with us to find out more as ELEVATE progresses.