We are all horrified by the now frequent news of tragic deaths from stabbings. Demands for an urgent response to ‘do something’ are understandable. But we must avoid unevidenced knee-jerk reactions that can actually do more harm than good by further damaging the trust and confidence of BAME communities in the police and criminal justice system. 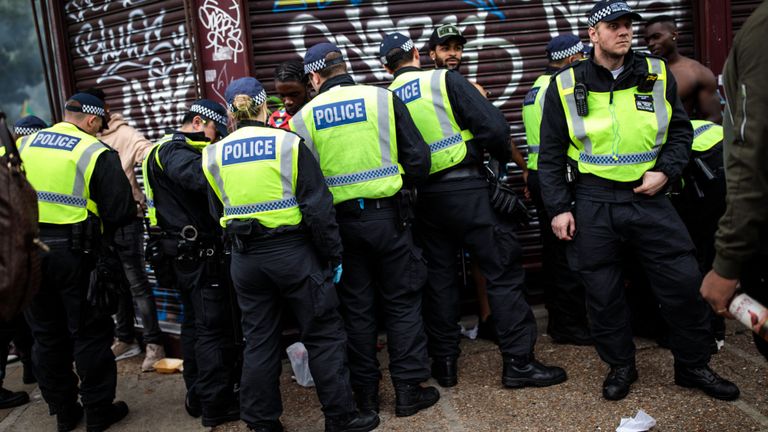 This weekend the Home Secretary announced a 12-month pilot making it easier for seven police forces to authorise searches that don’t require reasonable grounds. These searches, brought into force by s.60 of the Criminal Justice and Public Order Act 1994, authorise blanket searches across defined areas for a limited time period. Previously, all police forces in England and Wales had committed voluntarily to ensure that only senior officers could authorise s.60 searches if they reasonably believe violence will occur. With the Home Secretary’s announcement, seven of the largest police forces will now allow officers of Inspector rank to authorise these blanket searches and lower the threshold to reasonable belief that violence may occur.

Effective or harmful to public trust?

The CJA is extremely concerned that this announcement will see significant increases in non-intelligence led stops. Despite the Home Secretary’s insistence that stop and search is ‘hugely effective’, the Home Office’s own research into the substantial increase in searches in 2008 concluded ‘there was no discernible crime-reducing effects from a large surge in stop and search activity at the borough level’. These conclusions are acknowledged in the Government’s own Serious Violence Strategy published last year.

But while its effectiveness is questionable, what we do know is that stop and search – in particular where there are no reasonable grounds – can have a hugely negative impact on peoples trust and confidence in the police. This is even more true for black, Asian and minority ethnic (BAME) communities who are disproportionality impacted by stop and search – black people, in particular, are now 9.5 times as likely to be searched than white people. Yet the rate at which people are found with prohibited items is similar across all ethnicities.

In 2017 we spoke to young BAME people with first-hand experience of stop and search. Our report ‘No Respect’ described how they felt harassed, targeted, provoked, and even violated. And polling showed that just a quarter of young BAME people agreed that the police use fair and accurate information to decide who is stopped and searched.

18 months ago David Lammy MP, in his report on the treatment and outcomes for BAME people in the criminal justice system, highlighted how stop and search can reduce trust in the police and the whole criminal justice system.  This undermines public safety by making it harder for the police to work effectively in communities. And last year’s cross-party Youth Violence Commission interim report stated:

‘There is a damaging lack of trust between the police and some communities. This has become a serious barrier to change, including via a “wall of silence” when crimes are committed and communities do not share information with the police. Any future violence reduction strategy will have to place a premium on establishing trust and mutual respect.’

We understand that there will be a six month internal review to monitor the impact of the changes (which will be made public) but we believe the Home Office should commit to reviewing on a more frequent basis. Alongside monitoring data on disproportionality, outcomes and impact on crime, these reviews must also ensure that they listen to the views of communities most affected by stop search, in particular young people, BAME communities and most those who have been stopped under s.60.

One way to improve how searches are conducted is to hold the police to account through effective community scrutiny. The Lammy Review highlighted an example of good practice in this area and the CJA recently explored community scrutiny subject in greater detail in the ‘Stop and Scrutinise’, where we call for more robust scrutiny to ensure searches are being conducted legally, respectfully and intelligently.  Body worn video has been held up as a panacea for improving searches however evidence shows that it is ineffective in changing conduct and we found community scrutiny panels often were not able to view requested body worn footage.

The Home Office has, at least, indicated the College of Policing will be working with forces to create new guidelines on how best the police can engage with communities on the use of stop and search. Whilst this is not the amendment to the Best Use of Stop and Search Scheme we called for in Stop & Scrutinise, it is a first step in the right direction. What we would like to see is a small proportion of the additional funds allocated by the Home Secretary to tackle serious violence to be used to fund improvements to local scrutiny and community engagement.

But even with greater community scrutiny, s.60 searches are inherently open to less scrutiny and accountability because they do not require reasonable grounds to conduct a search. And by reducing the level of senior authorisation lowering the threshold for certainty of violence, police forces are even further removing scrutiny and accountability from the use of this controversial power.

At a time when police need to be building trust with BAME communities so they come forward with intelligence that can help solve crimes and save lives the Home Secretary is instead taking a backwards step. His announcement ignores the decades of learning from the Scarman and MacPherson Reports into the impact of stop and search and can only reinforce the ‘them and us’ culture between police and BAME communities.

The most frustrating  part of today’s announcement is that we do know what actually works –  significant investment in grassroots charities, BAME-led organisations, youth programmes, access to mental health services, support for schools to reduce exclusions, and lived experience role models working in communities. Many of our members are involved in this work day in and day out, many on a shoe string. I hope in today’s knife crime summit the Government listens to these organisations and young people who can provide the solutions that will really work.