In a June 2014 open letter to David Cameron, more than 80 campaigners urged the prime minister to launch a review of Britain’s drug policy. Amongst the organisations that signed it were the National Black Police Officers Association, the Prison Governors Association, Drugscope, the Howard League, Inquest and Reprieve. 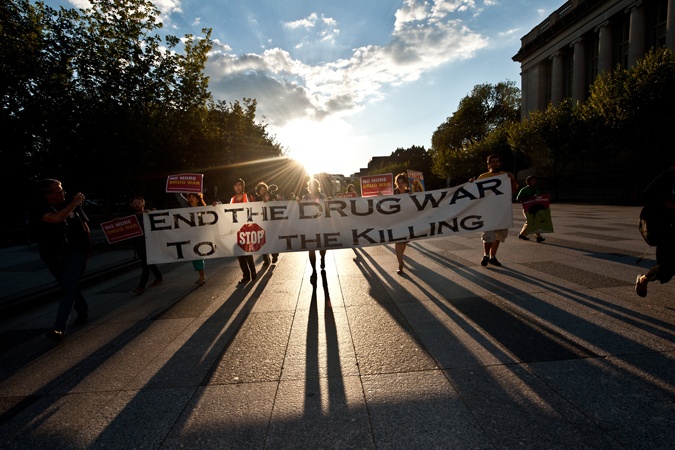 Since then the Psychoactive Substances Act of 2016 has been introduced. It’s almost universally condemned as one of the most badly drafted pieces of legislation ever to be passed by parliament. In spite of the Act the synthetic cannabinoid ‘spice’ continues to turbo-charge the mayhem in our prisons. Drug-related deaths have reached their highest level since records began and the UK now has one of the highest levels in Europe.

At the same time Afghanistan continued to supply most of the world’s opium. Mexico has now seen 100 000 die in turf wars and 25 000 have disappeared. In the Philippines nearly 7,000 people have been extra-judicially killed in President Duterte’s drug war.

Cumulatively these terrible outcomes have catalysed The Times to call for the regulation of drug supply in an editorial last June and the British Medical Journal to call on doctors to lead calls for reform. It’s increasingly clear from the evidence of successful reforms in the Netherlands, Switzerland, Portugal and the Czech Republic that vastly better health and justice outcomes can be achieved.

As a result of successful ballot initiatives eight US states now support the legal regulation of the production and supply of cannabis, and two have been successfully controlling supply for two years now. This will be a ground-breaking year as the Canadian government legalises and regulates cannabis and Uruguay takes legal control of the supply of cannabis.

Meanwhile as major parties in the UK continue to treat drug policy reform as taboo it’s increasingly important that organisations advocating for justice reform in the UK stand up for drug policy reform too. We owe it to all those on whose behalf we advocate, and to those most vulnerable to the vicissitudes of senior policy makers, to call out the drug warriors.

We must now collectively advocate for government and others to stop using drug policy as a stick with which to beat political opponents and to start using it as a tool to protect its most vulnerable citizens.