It’s well-documented that children with a family member in prison are significantly more likely to experience poverty, homelessness and educational issues. They are twice as likely to experience mental health problems and statistics also show that 65 per cent of boys with a convicted father will go on to offend themselves. It is therefore essential to ensure these children and young people are supported and do not turn to criminal behaviour themselves. 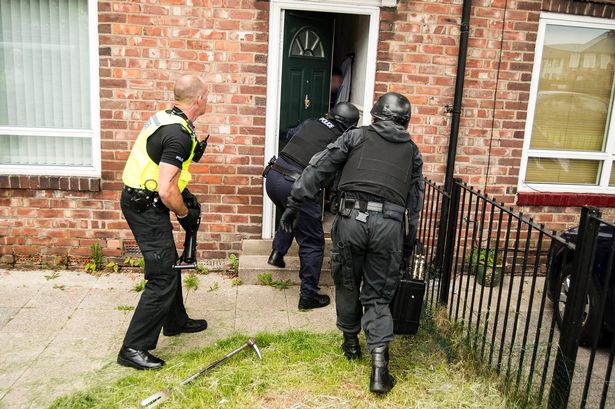 However, new research published in November 2016 reveals that the negative impact of the criminal justice system on children can begin well before a parent is imprisoned or even convicted. Collateral Damage is an inquiry into the impact of police home raids on the children and siblings of offenders in England. This research shines a much needed light on these hidden victims of crime who – through no fault of their own – are caught up in the criminal justice process.

Home raids are extremely upsetting and disorienting experiences for children that can significantly increase the risk of mental health problems. For a child who witnesses a home raid, this is likely to be their first (or, at the very least, their most memorable) experience of the criminal justice system. The way it is conducted can therefore have a profound impact upon their attitude towards the police. The research found that for some children it resulted in ‘a general hate for the police’ – not necessarily because the home raid occurred, but ‘for the way [the police] did it’. This hostility towards the police and other authority figures sets a poor baseline for these children’s perceptions of the criminal justice system.

Home raids are an essential part of policing practice, but we must find a way of conducting home raids in a way that is less traumatic for children. Pact are working with the Metropolitan Police to design and deliver training that will prepare officers to carry out home raids with minimal distress to children in the home. These changes can be made while ensuring the integrity of the arrest and the safety of all those involved, including police officers, suspects and other family members.

Conducting home raids in a way that is sensitive to the needs of children and young people will improve their perceptions of the police (and the criminal justice system more generally) and mitigate the damaging impact of these traumatic episodes.