By Nina Champion, Director of the Criminal Justice Alliance

The evidence is clear: women are more likely to reoffend if they are given a short prison sentence than if they are diverted to community services. Despite this, the vast majority of women in prison right now are serving a short sentence. Many of these women are vulnerable, having experienced abuse, drug addiction and mental illness, and there are high rates of self-harm in women’s prisons. The government knows all this, which is why it committed in 2018 to reduce the female prison population. 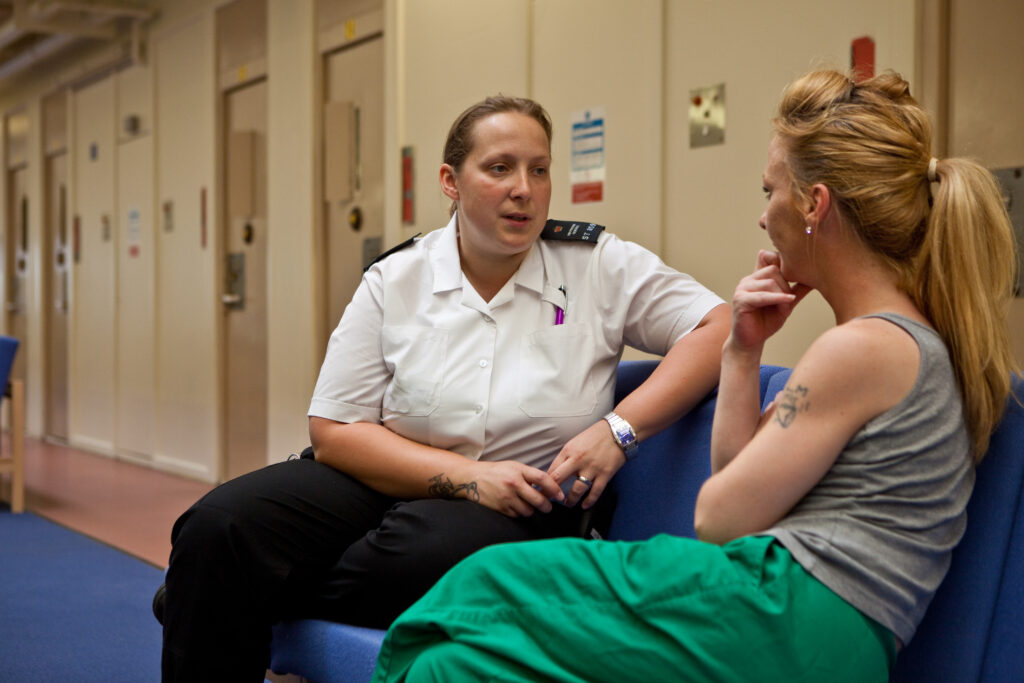 We were shocked, then, when the government announced last week that it would build 500 new prison places for women, a move which the CJA strongly opposes.

I sit on the Advisory Board for Female Offenders, a group of criminal justice experts that advises the government on reducing the female prison population and improving outcomes for women in the criminal justice system more generally.

This week, I had the opportunity to put across my concerns in a meeting with prisons minister Lucy Frazer and to ask what alternatives had been considered. I was also able to make some suggestions on how the government could actually improve outcomes for women based on the evidence. This included introducing a presumption against short sentences in the upcoming Sentencing Bill, and investing in Women’s Centres, which are much better at tackling the root causes of female offending but which currently face a funding cliff edge in April. Investing in Women’s Centres something that Women in Prison and Anawim also called for this week on BBC Radio 4’s Woman’s Hour.

Lucy Frazer told Woman’s Hour that the prison places are being built due to an increase in police officers. But more police officers doesn’t have to mean more women in prison. I do not believe the increase is inevitable. It seems clear (although no analysis has been published by the Ministry of Justice) that many of the women who will be picked up by the additional police officers will have committed low level offences like shoplifting and drug possession. To help these women not commit further crimes, we need to fund community services, not prison places. More prison places only means more women trapped in the revolving door of crime.

There have been some positive announcements of funding recently for housing and substance misuse services, which are of course very welcome. But we could make a lasting difference if we channel the funding for prison places into helping tackle the root causes of the women’s offending. The government should launch a consultation on how we can reduce the number of women in prison despite the additional police officers. I’m sure that CJA members and others will have plenty of creative, evidence-based solutions to choose from.