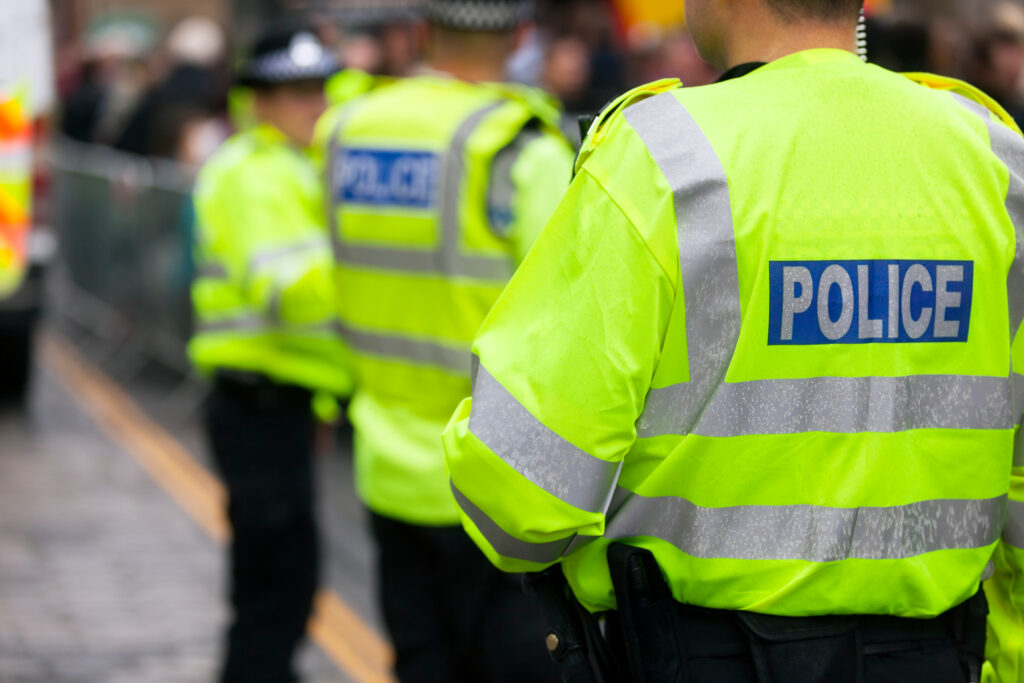 London, UK: Section 60 stop and search is damaging trust and confidence in policing and must be repealed, the Criminal Justice Alliance has said in an official complaint against the controversial police power.

Unlike other types of stop and search, section 60 allows police officers to stop and search individuals in a given area for a set time without needing reasonable grounds to suspect they’ve committed a crime.

The blanket nature of the power is leading to thousands of innocent people being unnecessarily stopped and searched every year. In the report which sets out the super-complaint, the CJA highlights government data which shows that in the year ending 31 March 2020, there were just 698 arrests made in 18,081 searches under section 60, an arrest rate of 4%.

Section 60 is often positioned by the government as being an effective response to violent crime. But government data reveals that 99 percent of searches under section 60 did not lead to an arrest for weapons in the year ending 31 March 2020. The government’s own study of a police operation where use of section 60 was increased nine-fold found ‘no statistically significant crime-reducing effect from the large increase in weapons searches.’

Nick Glynn, who served as a police officer for 30 years and led on stop and search for the College of Policing, told the CJA in a supporting statement that section 60 is ineffective and has caused “immeasurable damage to young people.” He said several chief constables have told him that policing could operate without section 60 because other stop and search powers which require reasonable grounds are sufficient.

Black people are 18 times more likely to be stopped and searched under section 60 than White People. National and grassroots organisations told the CJA that young Black, Asian and minority ethnic people feel racially profiled by the power and that its use is damaging trust and confidence in policing

The CJA warns that section 60 may be making it more difficult for police to tackle crime. Previous research by the CJA has found that harmful or ineffective use of stop and search damages trust and confidence and prevents victims and witnesses from cooperating with police. Research from the London School of Economics has also found lower levels of trust and confidence make it more difficult for police to do their job in the long run.

Leroy Logan, former superintendent at the Metropolitan Police and former chair of the National Black Police Association, said: “Some police forces have shown they are incapable of objectively self-controlling their use of section 60. Previous checks and balances have been eroded, leading to a lack of rigour and accountability. The draconian nature of its use reminds me of policing in the 1960s and 70s, a sus law on steroids. It traumatises young people and leads to heavy racial profiling. It is also ineffective in dealing with the causes of crime, and I have always maintained that police powers should be lost if they don’t prevent or reduce crime. It is now time for the government to repeal section 60.”

The Home Office removed previous checks and balances on the power in 2019, lowering the rank of officer who could authorise a section 60; reducing the degree of certainty needed for an authorisation from believing an incident involving serious violence ‘will’ occur to ‘may’ occur; and increasing the amount of time a section 60 can be put in place. The government initially said the changes would be piloted for a year in seven police force areas and then reviewed. But the changes were rolled out nationally six months into the pilot with no public consultation. Two years later, the Home Office still hasn’t published an evaluation.

The CJA also raises concerns in the super-complaint that there isn’t enough effective independent scrutiny of wider stop and search. One way to ensure fair and proportionate policing is through Community Scrutiny Panels (CSPs), where members of the public scrutinise the use of police powers. The College of Policing has produced guidance on community scrutiny, but it is not currently mandatory, and CSPs face several barriers to effectiveness.

Nina Champion, Director of the Criminal Justice Alliance, said: “It’s widely accepted that policing is at its best when it’s intelligence-led. Section 60 goes against this principle. It is a sweeping, draconian and ineffective power, disproportionately used against Black and ethnic minority communities, damaging the trust and confidence vital to effective policing. It’s essential that officers have reasonable grounds when they search someone to ensure fair and proportionate policing. For these reasons, the government must urgently repeal section 60.

“We all want to reduce violent crime, but section 60 is not the solution and is causing more harm than good. Instead, the government must invest in communities and fund youth services, which have been decimated in recent years. Research by the All Parliamentary Party Group on Knife Crime shows violent crime has increased most in areas where the largest cuts have been made to youth services.”

For the full submissions from a range of charities, academics, former police officers and a solicitor’s firm, see this document. 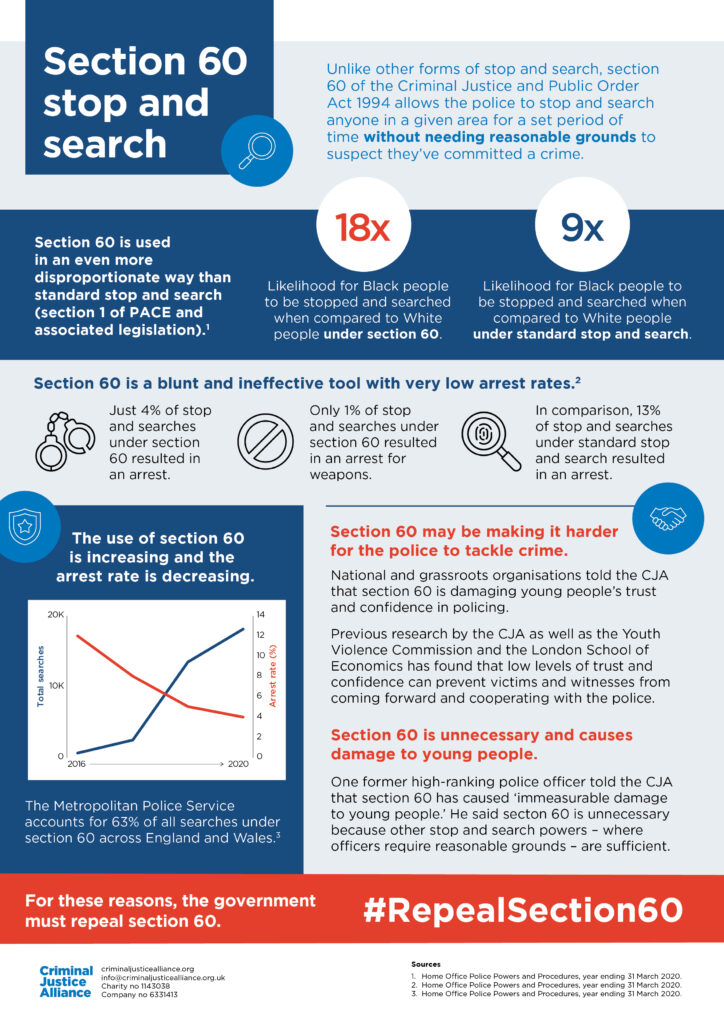