ONS data released last week showed violent crime across England and Wales had risen again, with knife crime and gun crime both up by 20 per cent. The tragic loss of four young lives on New Year’s Eve in London has led to an urgent call from politicians, community groups, the police and young people themselves for the UK to adopt a ‘public health approach’ to violence. 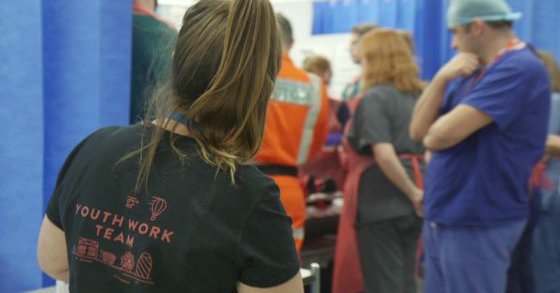 This approach combines resources from the police, health and education service, and the community to create long-term attitudinal change in society, rather than treating violence just as a criminal justice issue. Instead, violence is treated as a disease. Analyse the causes, diagnose the problem, look at what works to treat the symptoms and develop solutions.

The Movement towards Violence as a Health Issue in the US and NNHVIP understand violence in this way. Both aim to stop it spreading using methods associated with disease control – ‘detecting and interrupting conflicts, identifying and treating the highest risk individuals and changing social norms’.

Redthread’s work is founded in these principles too. Our Youth Violence Intervention Programme embeds specialist youth work teams in London’s four Major Trauma Centre hospitals. Youth workers intervene with young people who arrive as victims of a serious assault as soon as they can – in the A&E waiting room, on the ward or even in the resuscitation bay. This moment of intense crisis, when a young person is nursing a serious injury in the daunting environment of a busy hospital, often alone, can be a catalyst for self-reflection and pursuing positive change – a ‘teachable moment’.

Our work in A&E is one part of the public health model. We all have a responsibility and opportunity to collaborate around a solution-focused approach to tackling youth violence. Great work is already being done by the All-Party Parliamentary Group on Knife Crime, the Youth Violence Commission and within the voluntary sector. More collaboration between health, education, the police and the community could help stop the spread of violence that can too easily lead to devastated communities and an exhausted healthcare and criminal justice system.