By Steve Freer, CEO and Founder of Tempus Novo

CJA member Tempus Novo was founded in 2014 by two serving Senior Prison Officers at HMP Leeds.  Tempus Novo operates within prisons to identify offenders committed to transforming their live and help them to gain employment after release through mentorship and support for a minimum of 6 months. One of the Founders, Steve Freer, shares his thoughts with the CJA on the recent Education and Employment strategy announced by the Government: 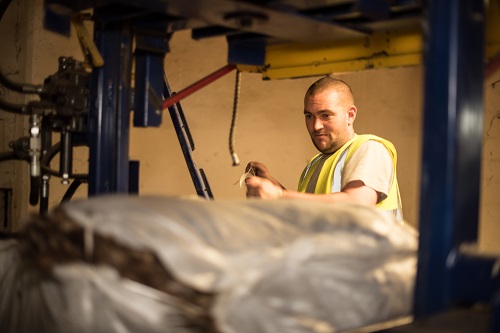 I have 32 years’ experience working with offenders, but it’s only in the last 8 years that I have concentrated fully on rehabilitation. In that time I’ve witnessed great uncertainty about how to approach rehabilitating people involved in crime. Ministers come and go far too frequently and, quite honestly, without continuity at the top it’s very difficult to make any progress.

However, in Rory Stewart, I firmly believe we have a ‘leader’ who cares sincerely about the issues and who understands what it takes to support positive change in our prisons. This is particular clear with regard to his continued support and praise for the remarkable work of our prison officers, who work day in and day out in dangerous environments worsened by reduced staffing levels.

I believe the Ministry of Justice’s new Education and Employment Strategy is well thought out and can work. Why do I think it can work? Because it is already happening in some brilliant organisations up and down the country. Very often, these are smaller charities or social enterprises who have the right culture and values, who understand the local needs and issues, and who care passionately about helping to change people’s lives.

At Tempus Novo, we’ve found that if you connect that passion to a business model which is realistic and workable you get lasting results. One of the keys is to ensure people are released from prison with skills which are transferrable to the local employment need and who really want to change.

So we have a good plan in place, but we now need ministers to find a way to support those organisations who are able to produce the best outcomes. By moving offenders into sustainable jobs, not only can we reduce reoffending and ease the pressure on the prison population, but it will reduce the potential for future victims and save the economy millions of pounds.

We know there is ‘no magic money tree’. But additional investment into small organisations such are ours would be a pittance in comparison to the amounts contracted with the large corporates under Transforming Rehabilitation (and with little positive effect so far).

So while I support the new Strategy, I hope the Prisons Ministers will be giving serious consideration to the many small, locally-focussed organisations (many of whom are CJA members) who, with the right financial support, could go on to positively shape the future of rehabilitation in the UK.