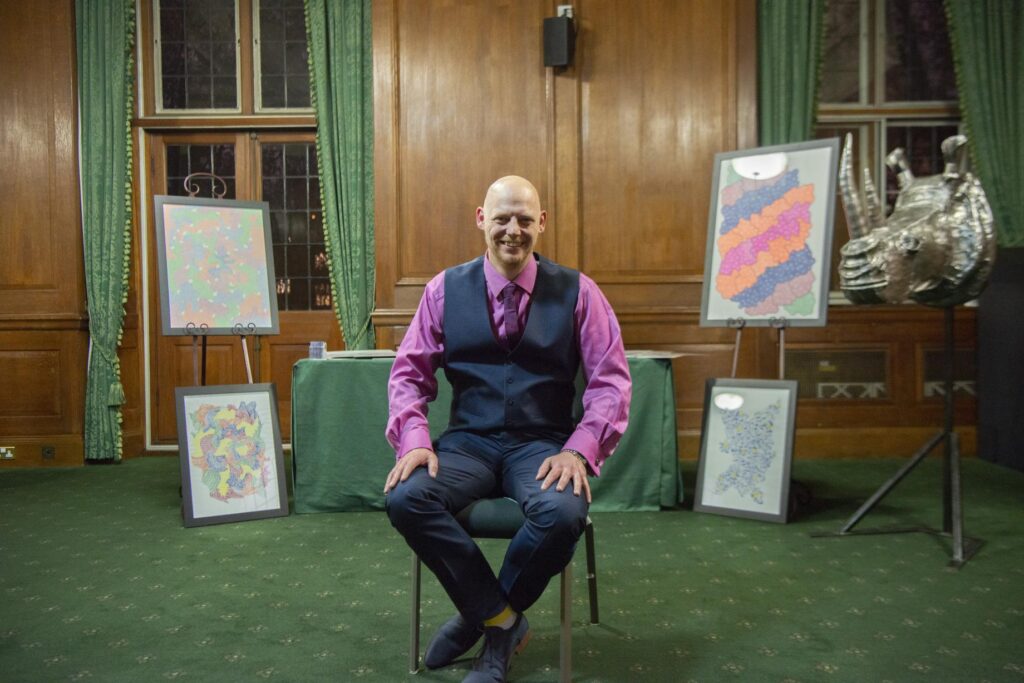 When I learned that I had gained the internship at the Criminal Justice Alliance, I was a little more excited than apprehensive. After all, I was going to be helping organise the prestigious annual CJA Awards.

A little bit about me. I had studied art and gained a master’s degree after five years at university, the first year while on day release. I had been immersed in the art world and was used to being creative, and thought I had a great set of skills and experience to bring to the role of Awards Intern.

It can be difficult starting a new job, especially in these strange times, but from day one I was made to feel welcome and a valued member of the team. From that first morning I hit the ground running, contacting people within the criminal justice sector and media industry to make them aware that the CJA Awards were going ahead despite the pandemic and explaining the process for nominations. CJA Comms Officer Jamie was a great help in doing this, giving me feedback on my emails and gently nudging me in the right direction to improve them. I also had to do some research, looking for criminal justice documentaries which would be suitable for the new Outstanding Documentary category of the Media Awards.

The weekly team meetings were a great chance to catch up with co-workers and discuss progress. We would discuss what had gone on in the week and plan for the week ahead. I found this helpful in keeping myself on track with the work to be done. Working from home in this way was entirely new to me and an eye opener in to how much technology has moved on and can help us connect.

As time moved on, Jamie and I had to discuss the way the award ceremony would be held. Due to the COVID-19 restrictions, we’d originally planned to host the event over Zoom. However, we wanted to throw a ceremony with music and art and performances, and it soon became clear we wouldn’t be able to do this over Zoom.

That was when Jamie and I started to look at video production companies to help us produce an awards ceremony that would reflect all the hard work that the nominees had put into their projects. As the Awards Intern, I was involved in several of these meetings. This gave me a valuable opportunity to learn how a video production team worked.

It felt as though we were getting to the serious end of the work now. The nominations were starting to flood in. We continued working with the video production team, liaised with the presenter Junior Smart to prepare him for the ceremony, and asked previous winners to create a video highlighting what winning a CJA Award meant to them. I also helped Jamie with some content for social media. There was a lot to do in little time. As an artist who has put on exhibitions, this is something I know all about.

With days to go I had to record a video myself to go into the ceremony. This was our small act of remembrance to the dreadful events that happened at Fishmongers’ Hall a year earlier. Jack Merritt and Saskia Jones lost their lives that day, and Jack’s family wanted to remember their son with a day for people to be creative. I was to appear in the awards ceremony after Jack’s dad, encouraging everyone to get involved and to create some art in celebration of Jack’s life.

This tiny minute and a half video took me all of two hours to get right. I now know that I will never make it as an actor or presenter as my stress levels were greater at this point than any of the preceding three months.

The evening of the awards ceremony was upon us. The team in London were in the studio and I was sat at home with ants in my pants waiting for it all to start and find out how all our hard work would come together. I logged in to the YouTube stream, and there was the CJA logo saying the ceremony was about to start. I felt a sense of excitement and anticipation, almost like a child at Christmas wondering what was inside that huge shiny parcel. And then it began. One by one, Junior announced the winners and runners-up in each category. Junior was the perfect presenter, knowing several of the nominees personally through his extensive work in the criminal justice sector. I felt this added a little something more to the event, making it more special and personal. I got to see myself on screen in a positive light, and the two hours of stress seemed worth it, my little contribution to the night.

I have to say the whole experience from the first day to the last was enlightening and enjoyable. I was often asked to provide my thoughts and ideas throughout the process, which I felt were valued and acted upon. Working on the CJA Awards opened my eyes to the many organisations that are working tirelessly to create a criminal justice system that works for us all. The Criminal Justice Alliance is important because it brings all these organisations together to change the world a little at a time. I felt privileged to have played a minor part in that.

The fact that I have seen the CJA’s work from the inside has opened my eyes to all the various aspects to the criminal justice sector, how it needs people with vision and passion to push through the status quo and be a force for good that can change the lives of many.

I have been involved voluntarily with one or two of trusts that work in the sector and after finishing the internship, I began applying for jobs within the criminal justice sphere, believing that my lived experience and skillset can help in some small way. And I am pleased to announce that I recently secured a role as an Associate Trainer for Unlocked Graduates, where I’m helping to train prison officers.

As an employee with lived experience, I can give the trainee prison officers a unique insight, helping with Unlocked Graduates’ aim to get more graduates on to prison landings, interacting with those who find themselves in prison and helping to further rehabilitation.

The CJA internship cemented in my mind that I can work in and bring something to the sector.