In this #MeetTheMember blog, we speak to Eva Hamilton, founder of Key4Life, a charity which helps young men lead a life away from crime through a powerful programme that combines music, football, equine therapy, mentorship and emotional release sessions. Eva describes her proudest moment — when some of the young men were featured in i-D Magazine — and a new project to challenge employer’s perceptions about people with convictions. 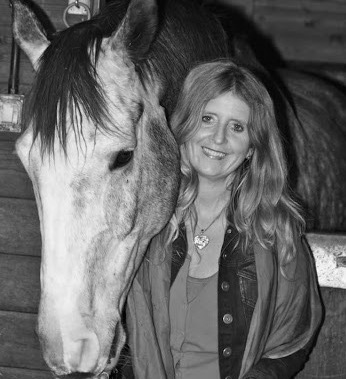 Originally from Ireland, over the past 36 years’ I have worked with some of the most marginalised groups in the UK.

My calling to live a life of service came when I was volunteering at the Mother Teresa Home for the Dying in Calcutta, India, aged 20. It was a lightbulb moment and I knew that I wasn’t destined to make money in this life but to help others.

Within two years I had set up the Seeing is Believing programme with HRH The Prince of Wales, taking the top 250 FTSE business leaders into inner cities, inspiring and challenging them to respond to community problems. I did this for five years, before launching Ready for Work, a programme helping homeless people into employment across 23 cities.

I then co-founded the veterans’ charity The Warrior Programme, helping to turn the lives around of 500 ex-service personnel coming back from war-torn zones with PTSD.

I set up Key4Life as a crime prevention charity in 2012. It’s the most exciting and life-changing programme I’ve ever been involved with, turning around the lives of some of the most disaffected young people in Britain.

What drew you to working in the criminal justice/voluntary sector?

Witnessing the 2011 riots, where there were children as young as eight. I felt compelled to do something to help. I then decided that it wasn’t just the young who needed help, but people caught up in the criminal justice system at large. I wanted to find solutions rather than focus on those convicted as the problem.

As founder and CEO of Key4Life, I had the initial vision for the charity and I designed our Seven Step rehabilitation programme model. I lead the charity’s work providing solutions to help reduce youth offending, save lives and reduce the cycle of crime.

I oversee the delivery of our programmes, and a key part of my role is to inspire and motivate the young men, as well as our team of staff and volunteers.

Can you describe your organisation in a few sentences?

With a mission to help reduce youth offending and give young people with convictions a bright future, Key4Life rehabilitates young men in prison and those at risk of going to prison, as well as children caught up in knife crime, through our seven-step programme which runs in London and the South West. The programme helps build resilience and unlock negative behaviours through a powerful blend of music, football, equine therapy and mentorship, as well as providing employability training to prepare the men for the world of work.

I love making a difference to peoples’ lives and am delighted we have helped so many young people turn their lives around. A Key4Life participant is four times more likely to be employed a year after their release than their peers, and 16 percent of those who completed Key4Life’s programmes reoffended, compared to the national proven reoffending rate of 64 percent one-year post release.

What are you currently working on? What are your organisation’s biggest focuses right now?

Our core focus for the immediate future is our Younited Flag Campaign, which – launched in 2019 by music legend Nile Rodgers – encourages companies to employ people with convictions and give them another chance. We want to award as many companies as possible with our Younited Flag kitemark, and we will be awarding the first eight companies who take part in the scheme in May this year. New research from YouGov on behalf of the Department for Work and Pensions shows that 50 percent of corporate Britain would not hire people with convictions. We want to change the negative perception of people with convictions so that our young men are not excluded in society, starting with the corporates.

What has been your proudest moment/achievement at your organisation?

In November 2020, we were featured in the UK’s iconic style bible, i-D Magazine. The magazine did a two-day photoshoot with some of our young men in Somerset, dressing them up in all the latest designer clothing. The ensuing feature and accompanying four-minute film, titled ‘Inside the horse-riding rehab for ex-prisoners’, beautifully articulates the work we do, mostly focused on our equine therapy. The restorative power of the horses really comes to life as the young men frankly share their transformation stories.

This feature and film went all around the world, celebrating our men and showing them in the best light. And what I loved about it is that it helps dispel the myths and prejudices people have about people with convictions; it was incredible to see our young men looking so elegant and well-heeled, such a fitting tribute to how far they’ve come.

Do you have any routines/habits that help you succeed?

I keep my life very structured, and my practices like meditation, qi gong, and riding horses help to keep me grounded and focused.

Ekhart Tolle, The Power of Now – a book I recommend to anyone wanting to free up their busy mind and live more in the moment.

Nothing Compares 2 U – originally written by Prince and later sung and released by Sinead O’Connor. When you feel low it makes you feel good about yourself.

Mustang, an amazing feature film based on true facts about some wild horses used in a real-life rehabilitation programme in Nevada. In the film, the main character, who is in prison, learns empathy from the horse he trains as part of his rehabilitation.

Gandhi was spot on – be the change you wish to see in the world. If you’re not making the changes yourself, you can’t expect anything to change around you.

Networking and sharing with others who are on the same page.