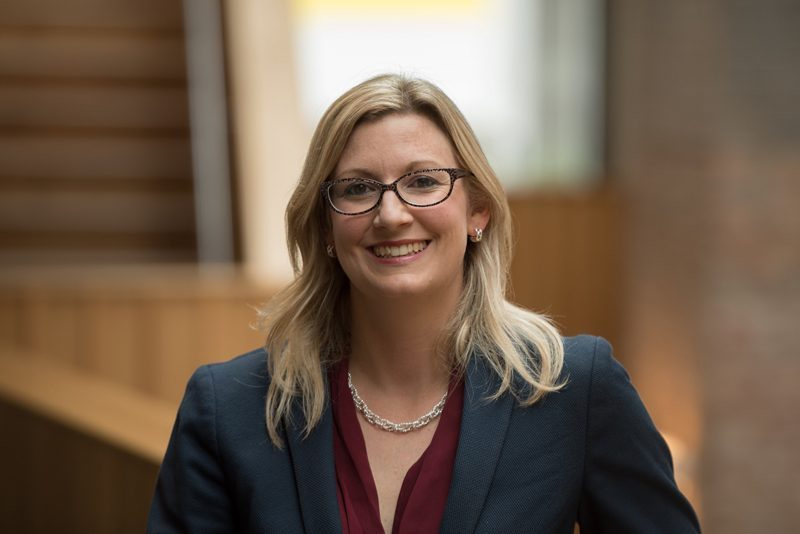 This summer we have said goodbye to our Policy Officer Amal Ali, who has gone on to pursue a PhD in police powers. We thank her for all her hard work and wish her the best with her studies. Last week we welcomed Hannah Pittaway to the CJA staff team as our new Senior Policy Officer. Hannah brings with her fantastic experience from her previous policy roles at Her Majesty’s Inspectorate of Prisons and Spark Inside. We are also happy to announce we have four new trustees approved at our members meeting this week, bringing skills and expertise in finance, HR, charity management and more. Here is my regular update outlining progress on our Connecting for Change strategy:

In May the CJA became part of the Advisory Board for the newly launched All-Party Parliamentary Group (APPG) on Restorative Justice. Throughout the summer, the CJA worked closely with the Restorative Justice Council, running a series of focus groups to gather the expertise of members for the APPG’s first inquiry. The final report was launched by the APPG in September and includes nine recommendations to help unlock the potential of restorative justice and practices across the criminal justice system and beyond.

We have recently taken up a place on a restorative justice working group co-ordinated by the Victims’ Commissioner. As part of that group we are focusing on how access to restorative justice and other victims’ services can be improved for people with protected characteristics, building on evidence we submitted to the APPG which found more needs to be done in this area. The CJA has also been working with Why me? and Baroness Meacher to table an amendment to the Police, Crime, Sentencing and Courts Bill requiring the government to publish a national action plan for restorative justice and practices every three years.

A Fit for Purpose and Diverse Workforce

Following our Change from Within report, we worked with our Lived Experience Expert Group and our paid Longford Trust interns over the last year to develop a lived experience leadership programme. This programme will support people with lived experience to progress to more senior roles and influence change within criminal justice and social justice. The programme will also work with employers to help develop inclusive environments for lived experience leaders to thrive. We are delighted to have been awarded a grant by Trust for London for a two-year London-based pilot, subject to securing match funding. We have approached several funders and hope to start the programme in 2022.

Our report on racial diversity is being completed by a race equality and employment expert.  I was delighted to discuss some of the interim findings on the JUSTICE podcast over the summer and with Abimbola Johnson, new Chair of the National Police Chiefs’ Council’s Independent Scrutiny and Oversight Board for the Police’s Plan of Action on Inclusion and Race.

On 20 May we launched a super-complaint calling for the government to repeal section 60 stop and search and improve scrutiny of wider stop and search. In July, the government announced it would permanently remove previous safeguards around the use of section 60. We published an open letter calling for the Home Office to publish the evaluation and the updated equality impact assessment. We also submitted a Freedom of Information request for these. In August, we were informed that our super-complaint was eligible to be investigated. Since launching the super-complaint, we have been contacted by the Met and other stakeholders interested in improving community scrutiny and have been invited to contribute to various advisory groups around scrutiny of the police.

Our equality and diversity project in partnership with the Independent Monitoring Board (IMB) is progressing well. A survey — which was co-produced by our former Longford Trust paid intern Victoria Ebun and a focus group of Black, Asian and minority ethnic women with lived experience of prison — went out to the women’s estate over the summer. We had a fantastic response and Roehampton University students pulled together all the entries. A report will be published later this year. Our parallel community scrutiny project in partnership with the Independent Custody Visitors Association (ICVA) is also nearing completion.

We have continued to work with members and other sector alliances to raise awareness of the disproportionate impact the Police, Crime, Sentencing and Courts Bill will have on Black, Asian and minority ethnic people, as it makes its way through parliament. We produced an explainer video and a series of audio clips from people with lived experience discussing what they thought about the Bill. We received a response from government to our letter to the Prime Minister and worked with a number of members to hold an event for Peers, hosted by Bishop Rachel Treweek. We have also been part of meetings to support amendments relating to Serious Violence Reduction Orders and an amendment to repeal section 60 stop and search.

We recently held a Members Meeting focused on improving prison education and strengthening family ties, featuring passionate keynote speeches from Lord Farmer and Dame Sally Coates reflecting on their reviews. This was followed by an expert panel outlining what the government should focus on as it considers its comprehensive spending review and Prisons White Paper. Two focus groups have been arranged for members to feed into a briefing on what the government should include in the Prisons White Paper. The CJA has also facilitated two prison visits for Ministry of Justice officials working on the White Paper to see positive examples of work enhancing family ties and developing employability and employment opportunities.

Our Erasmus knowledge exchange project finally got under way after 18 months of COVID-19 related delays this September, with CJA staff visiting Prague to look at examples on community reintegration. This included taking part in the Yellow Ribbon Run, an initiative to bring people in prison, those with convictions, prison staff and the public together to highlight the importance of second chances. We are due to host our project partners in London in November, and hope to take them to the Koestler Art Exhibition, The Clink restaurant and host meetings on the role of the media, alliances and lived experience in influencing change.

We have received record numbers of applications this year to our CJA Awards and Media Awards, kindly supported by Barrow Cadbury Trust. The shortlists will be announced soon.  Our judges have a very tough job on their hands! The awards will be held online again this year on the evening of the 24 November, hosted by Donna Murray-Turner from Another Night of Sisterhood. We’ll be sharing more details shortly. Do tune in and help celebrate the innovation, resilience, passion and expertise in our sector.

Thank you to all those who completed our member survey, spoke to our external evaluator or attended the strategy roundtable events this summer. Our external evaluator recently wrote about some of the interim findings. The final evaluation report will be published later this year and our staff and trustees are busy working on the next strategy to begin in April 2022 using your feedback and ideas. Watch this space!

We are delighted to welcome 11 new members to the CJA:

If you have any questions about the CJA’s work or would like to get involved in one of our expert groups, please do contact me on nina.champion@criminaljusticealliance.org.uk.