By Phil Bowen, Director at the Centre for Justice Innovation

‘My mistrust started with the police. I didn’t trust anyone. As for judges and magistrates, they were the last people I trusted – elderly, white English people and that’s not what I see in society outside.’ At 18, Suleman was sentenced to two years in prison. His story is not unique. In the CJI’s latest report, Building Trust, we outline the troubling racial disparities encountered by minority ethnic defendants in criminal court. 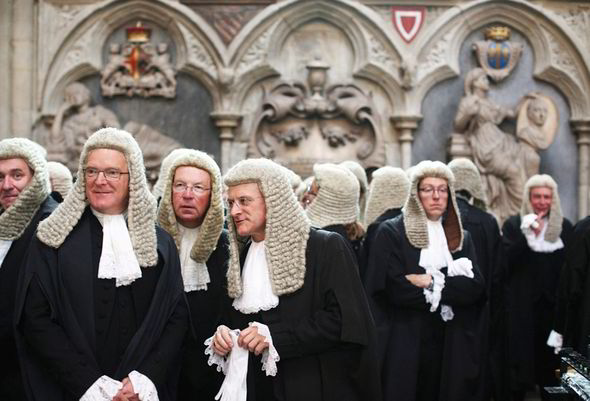 It is not only the flow of cases into court that explains this variation. When faced with the either way choice of going to trial in the Crown Court versus the Magistrates’, BAME defendants are 52 per cent more likely than white men to plead not guilty and go to jury trial. This marked tendency of BAME defendants to plead not guilty then places them in Crown Court where, if found guilty, they can receive much harsher sentences.

What explains this? A lack of trust built over years in which BAME individuals are much more likely to be stopped and searched, arrested and dragged through a court process, only to be acquitted. A lack of trust that stems from entering a courtroom and not seeing any faces like your own. It’s hardly surprising that 51 per cent of the British-born BAME population think our criminal justice system discriminates against particular groups and individuals.

Much recent focus around race and criminal justice has, rightly, been on the police and our prisons. Meanwhile, there has been a tendency to assume that our courts are fair and any racial disparity begins with the cases brought to the courts by the police and prosecutors. But our work and the work of others, notably David Lammy’s current review, suggest that courts cannot be complacent.

Much more must be done to improve the court experience for all defendants, not just those from BAME communities. Court process must be clearer for all. We must put defendants’ perceptions of fairness at the centre of current court reforms, including ensuring that in our rush to create online and virtual courts we guarantee defendants’ access to justice.

Finally, our courts (and our justice system) need to remain rooted in local communities and must engage them in the justice process. With pop-up courts in accessible public buildings and family involvement in rehabilitating offenders, we can do much to restore trust in our justice system.

Full report  Building Trust: How our courts can improve the criminal court experience for Black, Asian and Minority Ethnic defendants